Dealing With Your In-laws After You’re Married

Dealing With Your In-laws After You’re Married

On September 11, 2020, Posted by Mike Tucker , In Common Marriage Problems,Happy Marriage, By Happy marriage,healthy marriage,In-laws , With Comments Off on Dealing With Your In-laws After You’re Married 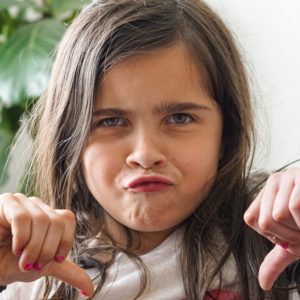 Photo by Thomas Park on Unsplash

A common problem that couples face during their marriage involves in-laws. Whether a couple has just gotten hitched or has been together for several years, they’ll likely have an issue with at least one in-law at some point in their marriage.

The problem could be as simple as an in-law disapproving of their child’s spouse’s choices, or as complicated as continually hovering over the couple’s relationship, wanting to be as involved as possible in the couple’s lives.

Marrying into a family where one or more members not only disagrees with your choices but also disapproves of you is a daunting experience. If you’re aware that a relative dislikes you, chances are you’ll always be walking on eggshells around them and not be yourself.

Learn to Draw the Line

When you and your spouse married each other, you promised to stick by each other’s side no matter what. From the day you both said, “I do,” your spouse’s loyalty should belong to you alone. So work together to protect your marriage from any disagreements with your spouse’s family or outside influences; it’s your marriage.

A great place to start is learning to draw a line between the events your spouse’s family may or may not take part in. Sure, it sounds a little harsh, but it guarantees that you and your spouse can enjoy married life without having a critical relative keeping a close eye on you.

The bottom line is that you and your spouse must agree that you have created a family of your own by marrying each other. Anyone outside of your family should either learn to get along with you or realize that their time with you and your spouse, their beloved relative, will be limited.

Maintaining a happy marriage is hard enough without dealing with unhealthy outside influences. Besides, it’s your life and marriage. You and your spouse have created a new world together — a new world for you to enjoy, guard, and protect. You don’t owe anyone any reasons, excuses, or explanations.