The Truth Behind the Seven-Year Itch

Home »  Adultery »  The Truth Behind the Seven-Year Itch

The Truth Behind the Seven-Year Itch

On September 18, 2020, Posted by Mike Tucker , In Adultery,Avoid Divorce,Common Marriage Problems, With Comments Off on The Truth Behind the Seven-Year Itch 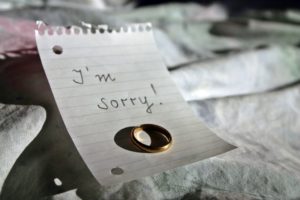 In 1955, the world was introduced to the seven-year itch; it was the title of the film starring Marilyn Monroe and Tom Ewell. Skip this part if you’re not a fan of spoilers because we’re about to introduce the movie briefly. See, the film revolved around Monroe’s attempts at seducing her neighbor, whose wife and kids went on a trip during the summer. Ever since it appeared on the big screen, people have been convinced that the 7-year itch is synonymous with dishonesty and infidelity.

While some people saw it as a myth, several studies proved otherwise. One research study revealed that approximately 95% of couples experience a decline in marital happiness during the first decade of marriage. There are two specific periods where a lack of satisfaction and angst causes marriages to suffer. The first one occurs during the fourth year, almost immediately after the honeymoon phase. The second one happens during the eighth year.

Another angle reveals that the marriage’s first decline is caused by the couple’s adjustment to their new responsibilities, obligations, and roles they play. The second decline is, more often than not, tied to children entering the equation.

Couples who experience many disagreements and show less affection towards each other are convinced that they’re going through the seven-year itch. They keep telling themselves this until one of two things happens: they make it to their 8th year of marriage or their relationship falls apart.

The 7-year itch can be insanely scary, but perhaps a change in perspective can change the way we look at it. For one thing, instead of seeing it as an “itch,” think of it as an awakening—an opportunity to realize that the honeymoon stage does not last forever.

If people really want their marriage to work, they need to be compassionate, caring, loving, and patient; they must nurture their relationship.

When a husband and wife satisfy each other’s emotional and physical needs, the “itch” to satisfy those needs outside of the marriage goes away.